Officially known as Frankfurt am Main, Frankfurt is the most international and diverse city in Germany. It lies on the river Main and is the fifth largest city of Germany as well as the business and financial centre of the country. Its skyline glints with glass, steel, and concrete avant-garde skyscrapers and it truly feels as if the city is set in a futuristic novel. Yet, at its heart, Frankfurt remains unexpectedly charming and quite traditional with its quaint medieval Altstadt, village-like neighbourhoods full of outdoor cafés, boutiques and street art, and mesmerizing parks, gardens, and riverside paths.

Everybody’s sure to find at least one museum they would like – Frankfurt has more than a dozen museums worth exploring. Städel Museum is a world-renowned art gallery that has an outstanding collection of European art from masters such as Rubens, Renoir, and Picasso, dating all the way from the Middle Ages to today. Queues can be quite lengthy though, so make sure to pre-book tickets online to save time.

The Senckenberg Museum is guarded by life-size dinosaur mock-ups. Exhibits cover natural history of Frankfurt, from palaenthology and biology to geology. The museum is free to visitors from Frankfurt’s twin cities, which include Cairo, Dubai, Krakow, Birmingham, Budapest, Lyon, Prague, Tel Aviv, Toronto, Milan, and Guangzhou.

Museum Judengasse showcases the life of local Jewish life from the 15th to 18th centuries, whilst the Historisches Museum Frankfurt holds stories of the city’s long and fascinating history.

Film enthusiasts will enjoy learning more about the history of cinema, film-making, and specific genres and artists at the Deutsches Filmmuseum.

The monumental seven-storey IG-Farbenhaus was the headquarters of IG-Farben before Hitler took power and fired Jewish scientists and executives. You can learn more about the history of company’s products on the 1st to 5th floors at cross wing Q4.

Writers and literary lovers will enjoy visiting the Goethe-Haus, which was the famous writer’s birthplace. It’s furnished in the haute-bourgeois style of Goethe’s time and holds a few pieces that actually belonged to him. The Goethe-Museum (included in admission) shows influential paintings from Goethe’s era.

The old town hall, Römer, was the site of celebrations during the election and coronation of emperors in the time of the Holy Roman Empire. Today it houses the office of Frankfurt’s mayor and serves as the registry office.

The Alte Nikolaikirche is a red-sandstone Protestant church topped by a single spire. It is situated on the south side of the Römerberg, and the tranquil interior hides stone carvings and gravestones from the 14th and 15th centuries.

Another religious landmark worth mentioning is the Westend Synagogue. It was built between 1908 and 1910 and was damaged in 1938. Luckily, it has been restored to its former glory. A medallion featuring a heraldic lion holding a shield with the Star of David stands on its gable.

Frankfurt’s botanical PalmenGarten is filled with rose gardens, tropical hothouses, a bamboo grove and a rock garden. Relax in the beauty of the flora while your children play on the playgrounds, try rowing from May to September, or visit some open-air concerts if you find yourself in Frankfurt during the summer.

The Riverfront Promenade runs along both banks of the river. It is perfect for strolling, running, cycling, or a picnic.

Frankfurt’s 11-hectare zoo holds more than four thousand animals, with houses for nocturnal creatures, birds, amphibians, and primates. It is family friendly – there is a petting zoo, playgrounds, a picnic area, and a handful of family-friendly dining options.

Unique to Frankfurt am Main, the “Wäldchestag” (Forest Day) falls on the Tuesday after Whitsun and is the high point of the Whitsun holiday. Frankfurt has been celebrating this day as its “national holiday” for centuries. Young and old throughout the generations leave their work by midday at the latest, gathering their kith and kin and heading to Frankfurt’s city forest to celebrate “their” Wäldchestag. The Wäldchestag is a symbol of how much the citizens of Frankfurt identify with and love their city.

Goethe’s favourite dish and Frankfurt’s most popular delicacy is honoured with a seven-day culinary celebration, the Green Sauce Festival each day of the festival, visitors have the opportunity of picking a winner from the many cooking teams sent forth by Frankfurt’s hotel and restaurant trade. 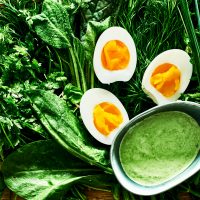 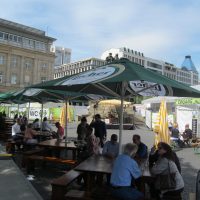 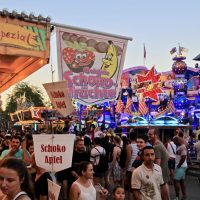 The dining options in Frankfurt are almost infinite: you can find whatever you want in this city. If you want to try something local, head to Zu den 12 Aposteln or Druckwasserwerk. Fleming’s Club offers various international dishes, while the Seven Swans offers gourmet vegetarian dishes. 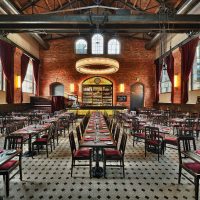 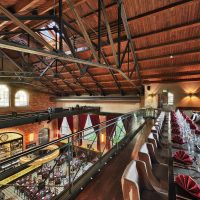 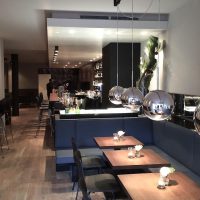 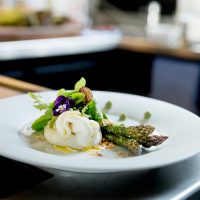 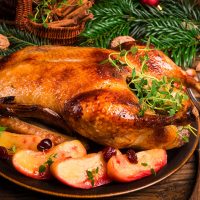 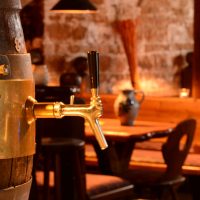 Frankfurt offers an assortment of different accommodation – all you need is to know how you want to spend your nights in this city.

Just 200 m from Frankfurt Central Station, this modern hostel is centrally situated in the city’s red-light district. The Five Elements Hostel offers free Wi-Fi and provides a great base for exploring Frankfurt.

B&B My place is located in the heart of Frankfurt and offers guests conveniently located, bright apartments. Free Wi-Fi access is available.

This elegant hotel welcomes you with luxurious interior design, modern cuisine and holistic relaxation. It lies right in the heart of Frankfurt, only steps away from the Zeil major shopping street. 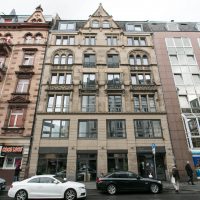 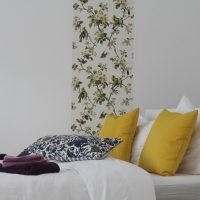 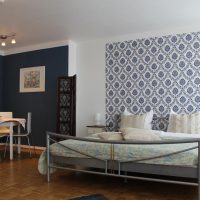 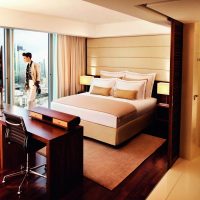 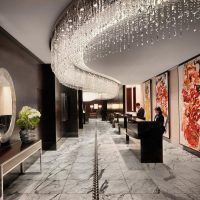 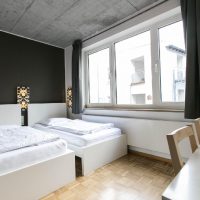 Frankfurt is the heart of central Germany, which makes it the national transportation hub. It has excellent connections by rail, road, and air. Taxis tend to be expensive, but you can always rent a bike and enjoy a nice ride. The public transportation is well-developed, and you can choose between the U-Bahn, tram, and bus. To learn more about public transportation and see the prices, visit https://www.rmv.de/c/en/start/

Bus routes from and to Frankfurt