The third biggest city and the biggest port in Croatia was named the European capital of culture in 2020. It’s a popular summer destination and a great starting point if you’re trying to make your way to any of the Croatian islands.

If you’re visiting Rijeka during summertime, you’ll probably sooner or later want to freshen up in the Adriatic Sea. Sablicevo, Glavanovo, and Grcevo are some of the most popular city beaches for a good reason. Crystal clear water, toilets, and showers attract numerous swimmers, sunbathers, locals, and vacationers. We suggest you arrive early since it might get crowded during the day. 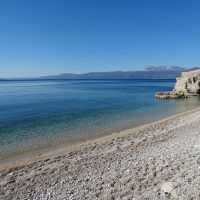 Designed by Hungarian architect Gyozo Czigler and built in 1904 on the site of the former fortress from Roman times. Build in Art Nuveau style it’s particularly interesting because of its staircase. 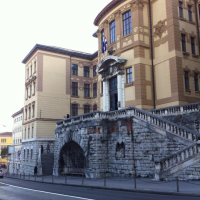 More than 500 stairs leading from the city center to the top of Trsat hill. According to the popular legend, the stairs are cursed and no one can count their exact number. 561 or 562? It doesn’t really matter. The feeling after reaching the top is amazing! 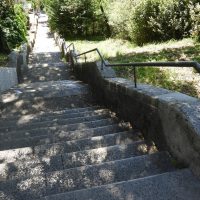 Ready for a quick trip down the memory lane? Peek & Poke is not just another computer museum. There, computers are actually plugged in and visitors are welcome to use them and play some old school computer games. Time to show off your Pac Man skills!

If you’re visiting any Croatian coastal city, trying some local seafood is a must. Stop at Girica restaurant for a daily fresh menu. If you’re looking for just a small bite or a brunch, visit Tapas Bar Pet Jedan located on the city promenade. 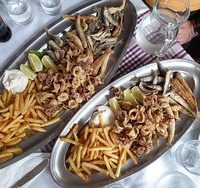 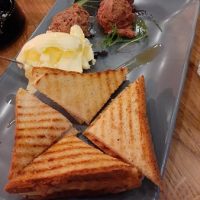 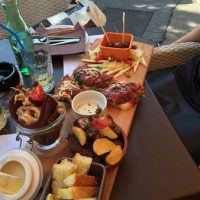 Hostel Lavanda is located 1 km from the Rijeka stadium and pebble beach. It offers a gym, table tennis and air-conditioned rooms with free Wi-Fi.

B&B Riva Rooms with a sea or city view offer free Wi-Fi and a 24-hour front desk. Air-conditioned rooms are equipped with a flat-screen TV, a fridge and own bathroom. Continental breakfast is served every day.

The recently renovated hotel Grand Bonavia is located at the center of Rijeka near the beach and the Corso promenade. All rooms have air conditioning and free Wi-Fi. The hotel includes a high-end restaurant Kamov, Caffe Dante coffee shop, wellness, and a gym. 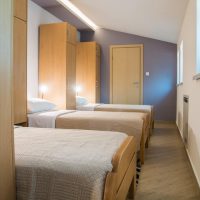 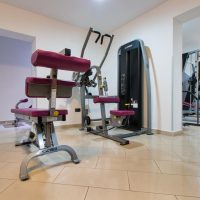 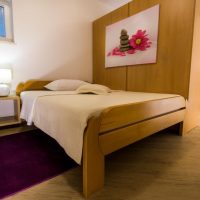 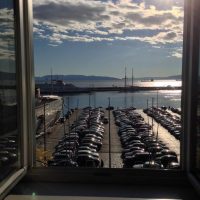 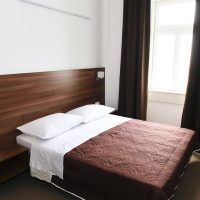 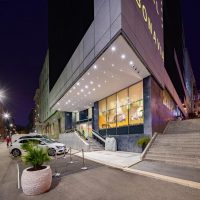 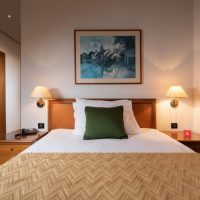 Hopping from one side of the city to another shouldn’t be a problem as Rijeka’s public transport operates every day from 5 am to 11:30 pm. It includes the city and suburban bus lines. Two-way tickets are usually a better bargain than one way, while also daily and weekly passes are available.