Where in Europe can you get the cheapest beer?

Did you know that ancient Babylonians were the first brewing masters? In fact, they took their beer so seriously that they would drown the person who made bad beer in it. A bit much, but the path to perfection requires some sacrifice. Literally.

The main ingredient in beer is water, but what’s most interesting is that a particular type of water in particular areas suited the production of certain kinds of beer better. So, for example, the Dublin mineral-rich water is better suited for the production of stouts, such as Guinness. In Middle Ages, it was truly difficult to find clean drinkable water, so people drank beer instead, because it was a safer health choice due to the disinfecting properties of alcohol. 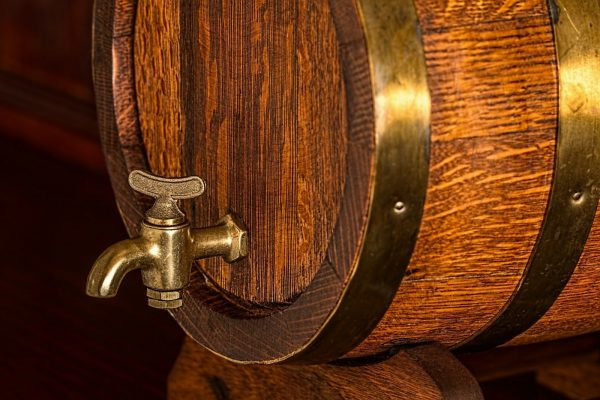 Did you know that a major beer flood happened in London in 1814? 3500 barrels of beer leaked and caused a tidal wave that killed nine people. Perhaps they went to Valhalla, a beer heaven according to the Vikings, who believed that a gigantic goat will wait for them there and give those who are most deserving gallons and gallons of beer.

Let’s move on … Did you know what the fear of an empty glass is called? It’s not pessimism, but cenosillicaphobia, so we recommend that beer drinkers immediately get a beer for each of their hands, which would have been impossible during the prohibition in the United States (1920– 1933). The prohibition of serving and selling alcohol, known as the drought, lasted 13 years, 10 months, and 19 days. Thank God, the prohibition is gone; quite to the contrary, beer can now be found anywhere in the world!

In which European countries are beer drinkers the happiest during happy hour?

Portugal is the 11th top beer producer in Europe.

Of course, you won’t visit the capital city just to drink beer in the famous Bairro Alto, because there’s just so much to see in Lisbon, but if you get thirsty and want to complement a seafood speciality with the hops nectar, you should know that, on average, you’ll pay about €1.00 for beer in a store, while it will cost you about €3.80 if you buy it on one of the city’s terraces. Portuguese people call beer cerveja, and the local brands include Super Bock, Sagres, Coral, Cergal, Cintra, Cristal, Especial, Magna, Melo Abreu Especial, Melo Abreu Munich, Onix, Tagus, Topazio, Zarco, Imperial, and Sovina.

The best-selling beers in Portugal are Sagres and Super Bock.

It would be best to just have an Iberian pub crawling tour and simply go from Lisbon to neighbouring Spain and continue enjoying the excellent gastronomy. Just imagine the sun-kissed Andalusia and your beer palate soaked in your favourite combination of malt and barley … For this you’ll have to pay €0.47 for drinking while sitting on a wall (luckily, there are 3 UNESCO-protected spots in Seville, so the view will be beautiful) or €4.00 if you have a beer at a pub.

According to data which is just 3 months old, the most popular Spanish lagers are: Ambar, Estrella Galicia, Stark, Condis, Alhambra, and Estrella Damm. 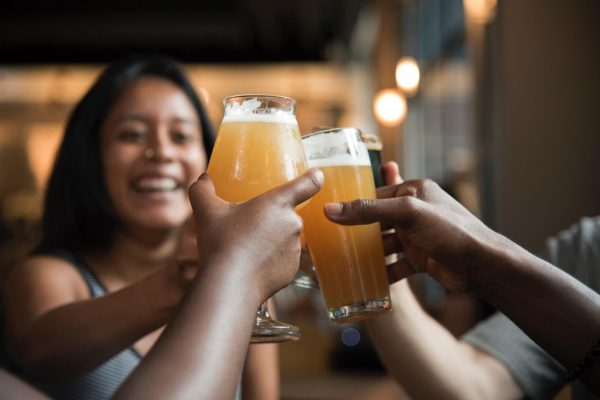 If you’re not up to travelling around the Mediterranean, but you don’t mind hopping to a nearby country, then head to Budapest! There, you’ll pay €0.73 for a beer at a store or €3.48 if you order it at a bar – we recommend ruin bars, a true Hungarian experience.

In Hungary, lovers of radler can find what they’re looking for – the available flavours include apple, pear, sour cherries … just pick one.

If you’re walking through the pedestrian SoHo, Raday utca, you won’t hear the clinking of beer glasses! When, during the 1848 revolution, the Austrians suppressed an uprising of the Hungarians, they celebrated by clinking beer glasses, so the Hungarians vowed not to make a toast by clinking their glasses for the next 150 years. The “ban” lasted until 1999, but it’s still considered in effect, especially for older citizens.

The most popular beer in Hungary is Dreher, followed by Arany Ászok, Soproni, and Borsodi.

Cosmopolitan Sofia (A-ha! Perhaps you didn’t expect these two words in the same sentence, but it’s true – the Bulgarian capital is a place where different cultures meet and it should be on your TO SEE list, regardless of your love of beer) has the most inexpensive beer on average among the countries which we have listed so far when it comes to going out (€3.07), while you’ll pay for €1.02 for a potential hangover at a store.

The most popular beer is made by the Kamenitza brewery, followed by Zagorka.

If wine hadn’t been served during the Last Supper, beer certainly would have been if you ask the residents of a country that is more Catholic than the Vatican. The beautiful Poland and the beautiful Polish women (and, as they themselves claim, slightly less beautiful Polish men) pay so little for beer that, after the third round, even Polish men will look more beautiful.

Krakow is a city rich in culture and historical tradition, so when you visit Poland, you won’t only be happy to spare your wallet when you drink beer, but you’ll also be pleased with your destination choice for a nice autumn trip. You’ll pay about €0.55 for a beer, or €2.41 at a bar. Na zdrowie!

The most famous Polish beers are Zywiec, Warka Jasne Pelne, and Tatra, but you can also try a Baltic porter beer with a high alcohol content. Some of the better ones include Okocim Porter, Zywiec Porter, and Black Boss Porter.

A great place to enjoy a beer in Krakow is C. K. Browar, a pub and night club in the city centre. 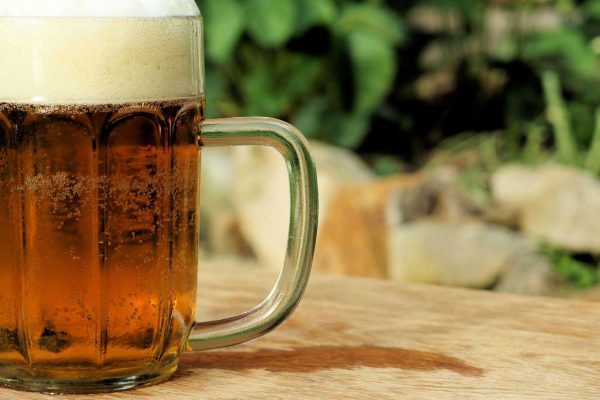 Serbia is known for good food, drinks, and a lot of fun. Just a 400 km trip to the capital of Serbia translated to just a few hours of driving to a great barbecue and cheap beer, great fun, and amazing nights out on the River Sava. If you buy beer at a store, it will cost you less than in Croatia, about RSD 70.00 (€0.60), and it will be slightly more expensive at a bar, from €2.00 to €2.70.

The most popular beer in Serbia is Jelen, made by the Apatinska Pivara brewery; half a litre will cost you less than €0.60.

Perhaps you were expecting us to say the Czech Republic. Enjoy wandering around the city and sightseeing with a beer in your hand. True, the price for the beer doesn’t include the admission fee for the attractions (but imagine if that was possible! :D), so you’ll first have to go to the store and pay €1.03 for a beer, while a beer with a view from a terrace will cost you about €1.98.

Ukraine, especially Kiev, which was closed for tourists until recently, is focusing on tourism more and more. When you need to take a break from sightseeing the many Christian Orthodox churches and exploring the Ukrainian cultural heritage, then go straight to a bar, where you’ll pay about €2.10 for a beer on average.

How to be a tourist in your hometown

Well, no matter how touristy your hometown is, it is always very challenging if you want to explore your own place as a ...
Read more