A city of marble palaces built on a lagoon, eyeglasses, platform shoes, uncorseted dresses – Venice has always been a city full of defiance. Even though it may seem small, Venice is actually huge. The city knows how to put on a royal feast, as France’s King Henry III once found out when he was faced with over a thousand dishes. Today such feasts are available in miniature at happy hour, when bars mount lavish spreads of Venetian tapas, cicheti.

There are so many things you can discover in Venice, from historical sites and artistic treasures, to different islands and canals – take as much time as you can to explore the entire Venice.

More than two dozen museums can be found in Venice, each of them telling its own story. Palazzo Ducale proudly stands on the waterfront. One might think that it’s an unlikely setting for the political and administrative seat of a great republic, but considering that Venice is the epitome of defiance, it certainly makes sense. Beyond its fancy colonnades and geometrical façade lie grand rooms of state, the doge’s private apartments, and a large complex of council chambers, courts, and prisons.

After she lost her father on the Titanic, heiress Peggy Guggenheim became one of the great collectors of the 20th century. Her canal side home stores her collections of surrealist, futurist, and abstract expressionist art.

Galleria Giorgio Francetti alla Ca’ d’Oro is housed in one of the most magnificent buildings on the Grand Canal. Baron Franchetti’s ashes are interred beneath an ancient purple porphyry column in the open-sided court downstairs. While you’re there admiring art, step outside on the double-decker balconies and bask in the beauty of Grand Canal views framed by Gothic arcades and take a picture or two.

Museo Ebraico explores the history of Venice’s Jewish community and shows its contributions not only to Venetian history, but also to Italian and world history.

Venice is a city decorated with wonderful religious landmarks on every corner – it hides over 40 churches and five synagogues.

Basilica di Santa Maria Assunta has existed ever since the 7th century. Look ahead when you enter the basilica and admire a golden afterlife amid saints and a beatific Madonna and Child or turn your back on them and face the devil gloating over lost souls in a Last Judgement scene.

Chiesa della Madonna dell’Orto remains one of Venice’s best-kept secrets – it was the parish church of the Renaissance painter Tintoretto, who is now buried in the chapel to the right of the altar.

The Schola Canton was built in the 16th century and its gilded rococo interiors were added two centuries later. This synagogue is an exception when it comes to Europe, as it has eight charming landscapes inspired by biblical parables. It hides behind Museo Ebraico, and you can enter it by a guided tour via the museum.

The Schola Tedesca has been the spiritual home of the Ashkenazi community of Venice since the 16th century. It can be entered by a guided tour via Museo Ebraico.

Many events take place in Venice, but the most famous one is the Carnival. It is steeped in history, charm, and tradition. During the ten days of the Carnival, Venice is a hive of entertainment, from street performances to big stage performances.

The Regata Storica is one of the most spectacular, picturesque, and moving events of Venetian life. Watch as the colourful boats speed past you. 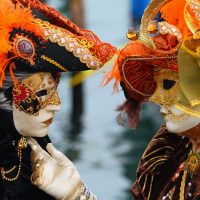 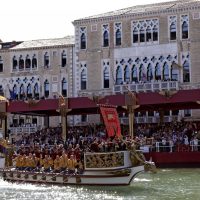 Numerous different restaurants can be found in Venice. If you want to try something local and Venetian, go to Salvmeria. If you’re craving something not so local, Restaurant Riviera offers exquisite Italian dishes. Visit the historic Venetian bakery-café Pasticceria Dal Mas and try out fresh warm pastries or try some Suso’s gelato. If you want something Middle Eastern, head to Restaurant Gibran which offers quality Lebanese dishes. 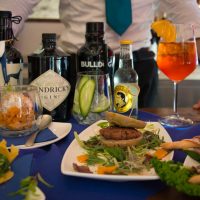 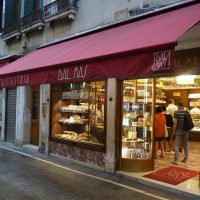 Venice offers an assortment of different accommodation – all you need is to know how you want to spend your nights in this city.

Providing a terrace and a shared lounge, Bianca Cappello House is set in Venice, not far from Ca’ d’Oro and Rialto Bridge. Complimentary Wi-Fi is featured.

Boasting its own private island in the Venetian lagoon, JW Marriott Venice Resort & Spa is a 5-star resort with a spa, outdoor pool and 4 restaurants. Facilities on the grounds of JW Marriot Venice include lush gardens, a rooftop pool deck with sun loungers and a 19th century church. 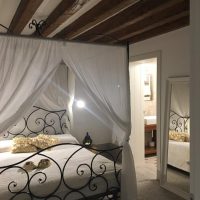 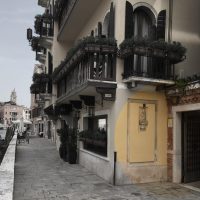 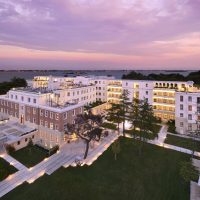 As Venice is set on small islands on a lagoon, the water plays a crucial role in transportation. Whichever way you arrive, the last part of your journey will be on foot from the nearest waterbus/water taxi jetty, train station, or parking garage. Venice is the world’s only pedestrian city, so if you want to get around a bit more quickly you will have to use the vaporetti (water buses) that serve larger canals. The vaporetto journey is usually €7.00. There are other versions available, including those offering discounts for youths under 29. The vaporetti uses an honour system, meaning you are expected to validate your ticket at the stop before boarding.

Bus routes from and to Venice