15 Awkward Moments Every Traveler Has Experienced

There’s no denying that travelling can be awkward from time to time. After more than a decade of intense travel to nearly 50 countries, I’ve had (more?) than my fair share of these moments.

From minor inconveniences to kafkaesque nightmares, these are 15 experiences you can probably relate to. If not, be thankful!

Perhaps the simplest and most frustrating mistake a traveller can make is accidentally booking the wrong date or time. Sometimes you realize a second after you finish paying, other times it strikes you when you get to the airport, bus station, or train station. Whatever the case, this one is always worth a forehead smack and a serious dose of embarrassment. 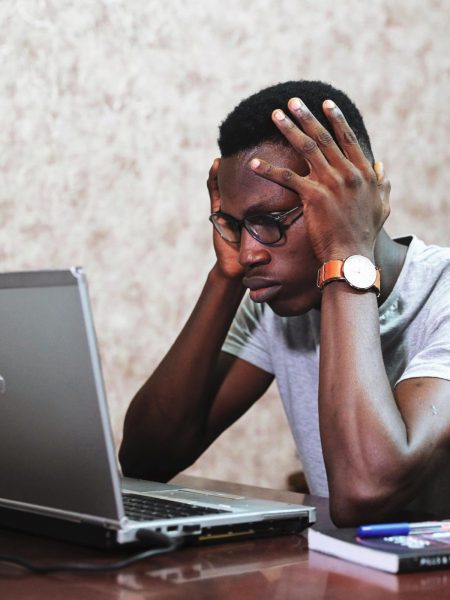 I use the word “shenanigans” here because the number of things that can awkwardly go wrong at a border is very long. Interacting with border officials I’ve been flirted with, interrogated, detained, and everything in between.

My personal favorite was being taken off a bus and held in a small room by men with guns while it slowly dawned on me that I was in an unrecognized breakaway state with no embassy to turn to in case of trouble. Lucky for me, a 40 Euro “fee” was enough for me to be on my way.

All that is to say, most of us have had at least one awkward moment at a border. Whether it’s customs finding something embarrassing in your luggage, suddenly finding your brain incapable of answering basic questions, or just an escalating misunderstanding, borders are ground zero for traveller awkwardness. 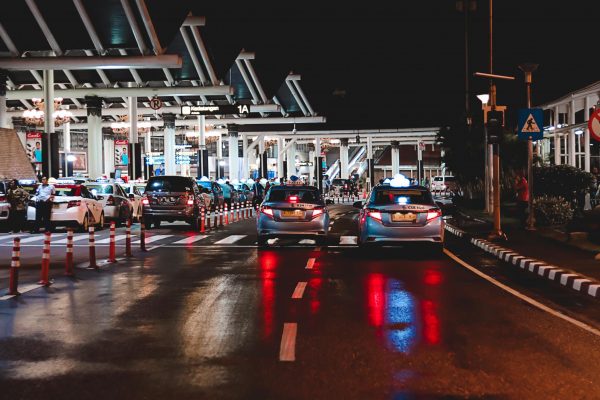 If you’re like me you’ve probably read some glowing accounts of Americans experiencing free and high quality European health systems. Needless to say though, this is not always how travellers experience hospitals and clinics. From language, bureaucracy, and different understandings of privacy, the interactions can get extremely awkward very fast.

On the bright side, in my experience some foreign hospitals have magical healing powers. I arrive and take one look at the chaos going on and suddenly feel better! But in all seriousness, there can be a lot of culture shock here. I once asked a Vietnamese pharmacy about something to help me sleep on overnight buses and was offered diazepam. They seemed totally unphased by my shocked face and “that seems a bit extreme” response.

4. Having to Sleep in an Airport

I believe the moment I truly became an adult was when I finally felt financially secure enough to never have to sleep in another airport. But that came after many, many awkward nights. There was a stomach bug in Madrid (and subsequent discovery that truly, no one in Spain seems to speak anything but Spanish. French and English got me nowhere), or perhaps peak awkward: the Bergamo airport outside of Milan.

There, I experienced the kafkaesque side of traveling as the Italian police played a game where every two hours they woke me up. This didn’t seem to be for any particular reason, they just woke me up and moved on. No explanation was ever given.

Still if this ever does happen to you, there are ways to make it more manageable. 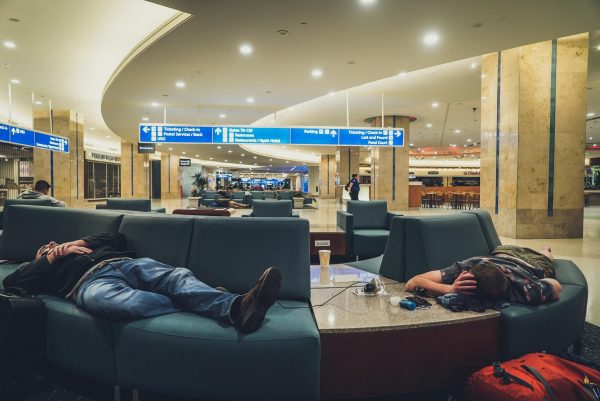 There are so many categories here. You’ve got people seemingly too old to be in a hostel, people with weird sleeping habits, sleepwalkers, creepers, and the classic “person with seemingly no grasp of social norms”. Obviously, the more people sleeping in a single room, the greater the chance of awkwardness.

I have seen them all. A personal favorite was a pair of Neopolitan men who spent their days lounging around our large hostel room greased up in their tiny underwear practicing long stares at my female traveling companions before asking if we wanted to join them at the discotheque. We did not.

But, for most of us, the amazing people we meet in hostels far outweigh the weirdos. So hostels retain some charm even as we learn hard lessons about booking smaller rooms. 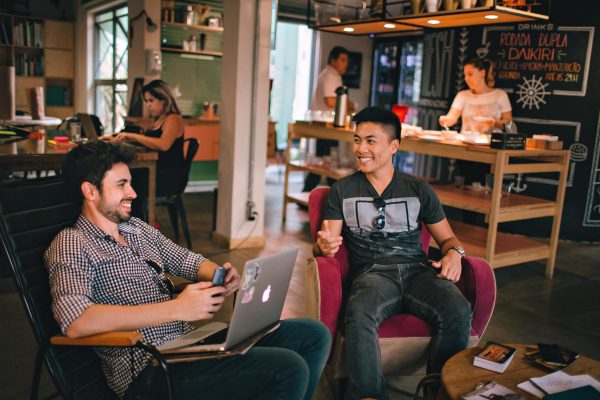 6. Getting Stranded Without Anywhere to Stay

Sometimes things just go wrong. I remember my first trip to Paris 10 years ago. I was so excited to finally see the city after a lifetime of dreaming about it. But my flight was 4 hours late, resulting in me missing my meeting with my host and ending up stranded on a cold winter night.

The downside was that it was definitely awkward to just wander around downtown Paris without any real sense of where/what I could do to pass the time. But there was a surprising upside. It turns out, 4am in December is an excellent time to see famous sites like the Notre Dame without a single other human being around. I may have been extremely cold, but it’s a moment I’ll never forget. Frankly, this is less likely to happen in the era of smartphones, but it still can from time to time. My advice is to take it with a sense of humor.

7. Running Into Someone You Know in an Odd Place

This one can be awkward of delightful depending on the context. I loved discovering I was in Nairobi at the same time as a friend from high school, or running into a former colleague from Italy on the street in London. But on occasion this can turn your attempt to “get away from it all” into, well, the opposite.

8. Finding the Thing You Came to See Inaccessible

This is one of the worst nightmares for travellers. You’ve come so far and get turned away. There’s a special moment of “no… you’re kidding right?” Sometimes that 6am bus you woke up for doesn’t run that day, or the electricity to the booth that sells the tickets is out (both real experiences of mine).

But these are moments to test your travel meddle, see how well you can improvise and adapt. In both the cases I mentioned, everything turned out okay (though I’ve still never been to Gjirokaster Albania). So don’t let these awkward setbacks get you down! 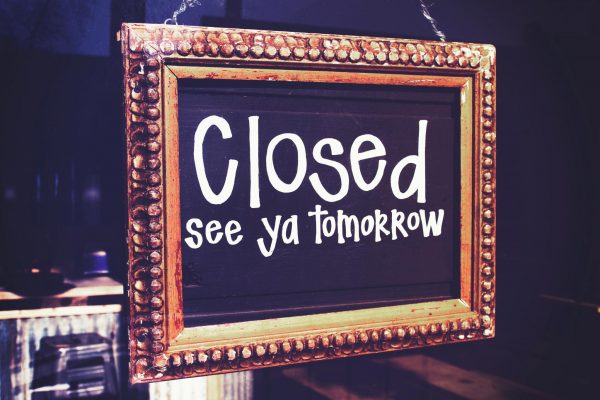 9. Encountering People Who Play Music Out Loud on Transport

If you’ve spent your life in a highly “civilized” place where this never happens and don’t believe that it’s possible, oh how wrong you are my naive friend. Picture you’re on an overnight bus, it’s comfortable with wifi, plenty of legroom, everything you need. Except one person thinks the one thing the ride is missing is his DJ skills.

The good news is that while all of the passengers felt too awkward to confront him, the bus company employees stepped in to kindly ask the person to use headphones. So all was well despite a lot of awkward glances between passengers internally screaming “is he serious?”

Thank god for bus employees is all I’m saying. 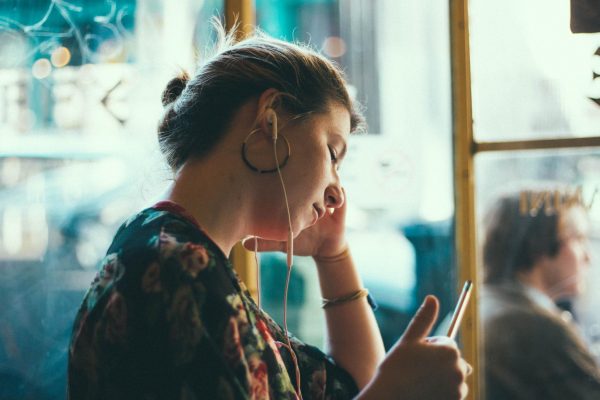 Speaking of overnight buses, they can be great. You save yourself the cost of a night in a hotel or hostel and can sleep away the long hours to your destination. Of course it’s not always easy to sleep on a bus (at least for some of us), but that’s where medication can help.

If, that is, you use it right. That was not the case when I was once heading from North Carolina up to Virginia. I foolishly took my sleeping medicine so it would take effect about when the bus was scheduled to leave. However I forgot I was riding with a US bus company famous for being late.

Cue me spending several hours fighting to stay away with every fibre of my being while waiting for the bus to arrive. The lesson? Medicine can make overnight buses a breeze, just wait to take it until you’re on the bus.

Anyone who’s travelled extensively has been there. You say or do something completely innocent where you’re from but offensive where you are. From pointing to falling prey to a false friend word, it’s all too easy to put your foot in your mouth.

12. Realizing Everything Is Closed Because of a Holiday

There I was, wandering a Croatian city with my stomach grumbling. I had money for food, but absolutely nothing was open. I was 3 hours into a food search and still hungry, what was going on?

I was stupid enough to visit a very Catholic country on Easter. I eventually found an open restaurant but I learned a very embarrassing lesson in the process. Never underestimate how seriously some countries can take a holiday. 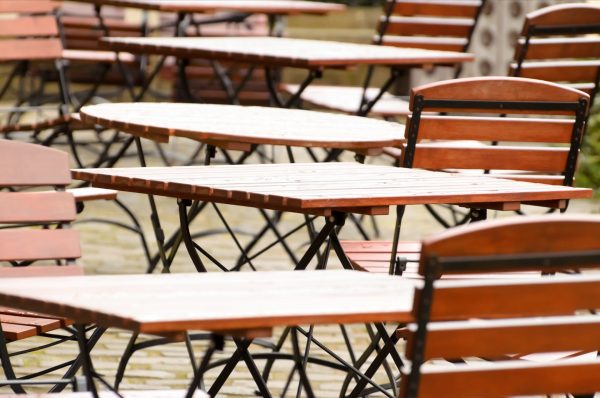 13. Getting Stuck in an Awkward Conversation

One of the great joys of travelling is all the fascinating people you meet. But those conversations can get extremely awkward.

I recall staying at a Romanian Monastery and getting cornered into a conversation about Romanian Orthodoxy. Granted, I’m fascinated by history and culture, but this was more of a getting in your face kind of conversation. However, seeing that I was a gracious guest of the monastery, I couldn’t be rude. So I listened… for three hours.

14. Realizing You’re Riding in a Vehicle With a “Fearless” Driver

It was 2009 and as my bus wound its way through the remote northern mountains of Albania a few things dawned on me. First, I was the only non Albanian on the bus. Second, our driver had apparently decided to speed our journey along by passing other cars ahead of blind mountain curves on the tiny two-lane road. Alas, while our driver was clearly fearless, I was far from it.

Everything turned out okay, but it was certainly a reminder that not all buses are created equal. It’s really best to go with trusted bus companies with certified drivers.

15. Discovering That Nobody Speaks Your Language(s)

I would guess that this has since changed but 10 years ago just about everyone in Albania spoke Albanian and possibly Italian. Thus the English, French, and Bulgarian that I could speak got me nowhere. 5 days into that trip I was dying for some conversation, just about anything. Fortunately for me, I eventually found someone on a bus who spoke French. But those 5 desperate days were certainly awkward.

Got Any Awkward Stories of Your Own? Share them!

Book your ticket now!
Previous story
Next story
Reasons to Explore New Places in Winter
Why is the Carnival in Venice an event you can’t miss?
1

Ever since I arrived in Vienna for the first time on a last minute bus ride from Budapest back in 2011, I’ve been coming ...
Read more